Warren Buffett’s Lessons for Entrepreneurs on his 91st Birthday

Warren Buffett quotes are about as numerous as his years on Earth. From his belief in simple and direct forms of communication, “You can have all the brainpower in the world, but you have to be able to transmit it,” to his affinity to act on gut-feelings, “Trust is like the air we breathe – when it’s present, nobody really notices; when it’s absent, everybody notices.” If you’re in business, any business, chances are you’ve heard at least one or two Buffett quotes. And most likely, you can benefit from his wisdom.

This week the entrepreneur, investor, and philanthropist celebrates his 91st birthday. You’ve heard me quote Buffett during Rise and Grind and at events like World Conference and National Training. There’s a reason! As the current chairman and CEO of Berkshire Hathaway, Buffett has learned what it means to invest wisely, but also what it means to be a good leader and entrepreneur.

One thing that makes a good leader is keeping a normal routine. In my book, The Secret is YOU, I featured some of my favorite and most inspiring leaders and how they maintain their routines.  For Buffett, he hasn’t swayed from his routine for decades. And even during the pandemic, Buffett stuck with a similar schedule to maintain a sense of normalcy.

The bottom line here is that successful leaders have routines that they rarely vary from, and it’s that repetition that keeps them in tip-top shape for the grind ahead.

Stick with what you know

When thinking about companies to invest in or stocks to purchase, Warren Buffett is attracted first to the companies and industries he knows. He calls it the “Circle of Competence.” Inside your Circle is where you’ll find the skills and knowledge you’ve obtained over the course of your career; the stuff you really know. Just outside that circle is anything you think you know but are not an expert in. Buffett encourages us to know our Circle of Competence and its boundaries. Be confident in what you know and be humble enough to admit what you don’t.

This is not to say that you shouldn’t strive to learn new things or try to expand your business into new products or services. Mr. Buffett just starts with what he knows and grows his knowledge from there.

Be Proactive, Not Reactive

Proactive entrepreneurs don’t merely follow trends and fill niches. They also visualize and innovate and are careful not to simply copy what everyone else is doing.

It was Warren Buffett who came up with the idea of “the three I’s.” First come the innovators, who see opportunities that others don’t. Maybe it’s a product they’ve developed or a clever marketing campaign. The innovators are at the beginning of the success journey but depending on their next move will determine their longevity and success.

After the innovators, you find the imitators. Those who capitalize on success by duplicating what the innovators have done. Perhaps they change packaging or trade out a word or two in their messaging. The imitators sometimes find more success than the innovator simply because they observe what worked and what didn’t.

Finally, come the idiots, whose greed undoes the very innovations they are trying to use to get rich. Be fearful of people who are greedy. Don’t be the idiot. Don’t simply take someone else’s idea and knock it off; come up with your own innovation, your own insights and invest in yourself.

Warren Buffett’s principles have directly impacted the choices I’ve made in growing the Pure Romance business. I stick with a routine as best I can. I try to be self-aware and own what I know and embrace what I don’t. And I strive to be at the forefront of innovation, not the idiot who drags behind it. But the single most important lesson I’ve learned from Mr. Buffett, which I’ll also impart to you, is that “The most important investment you can make is in yourself.” 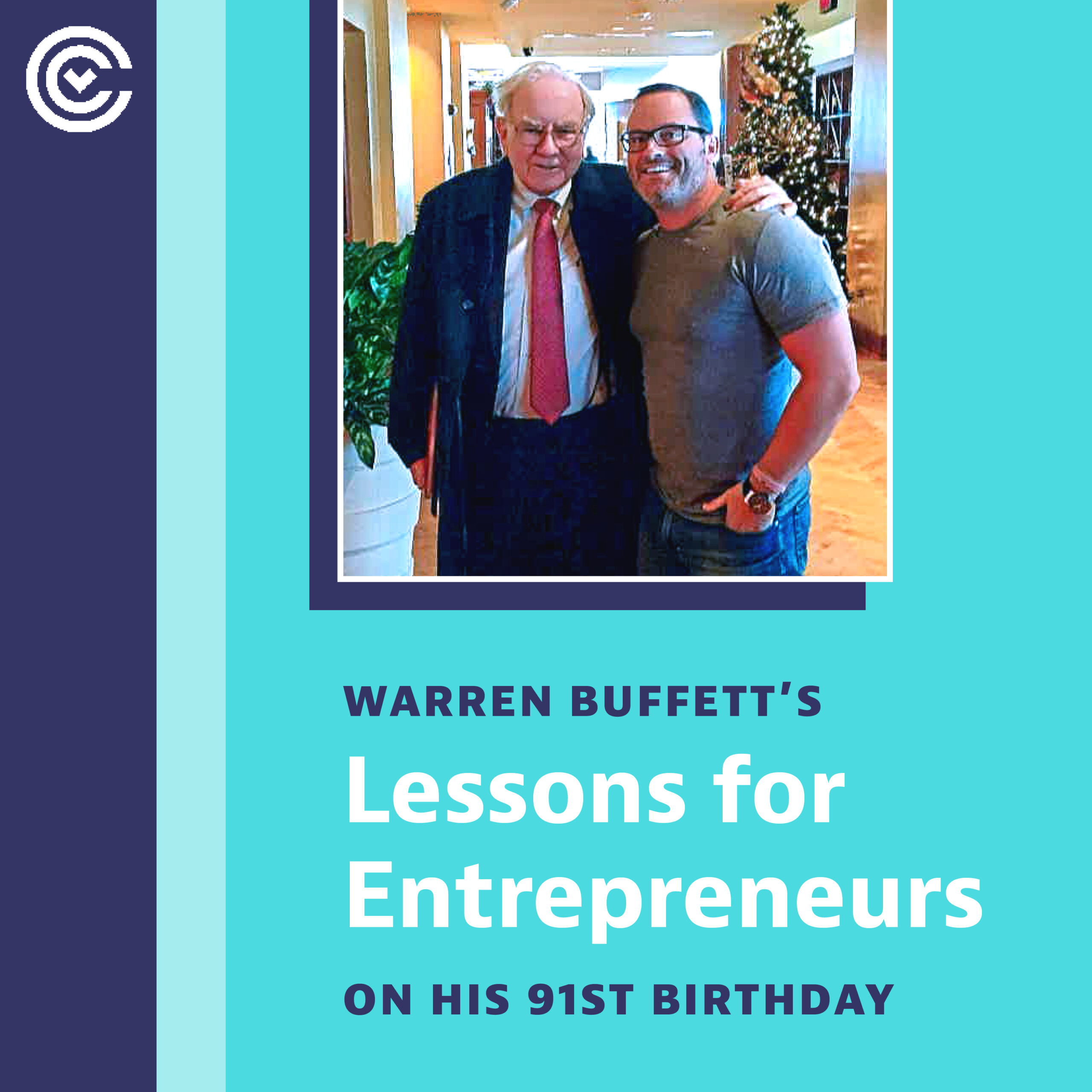