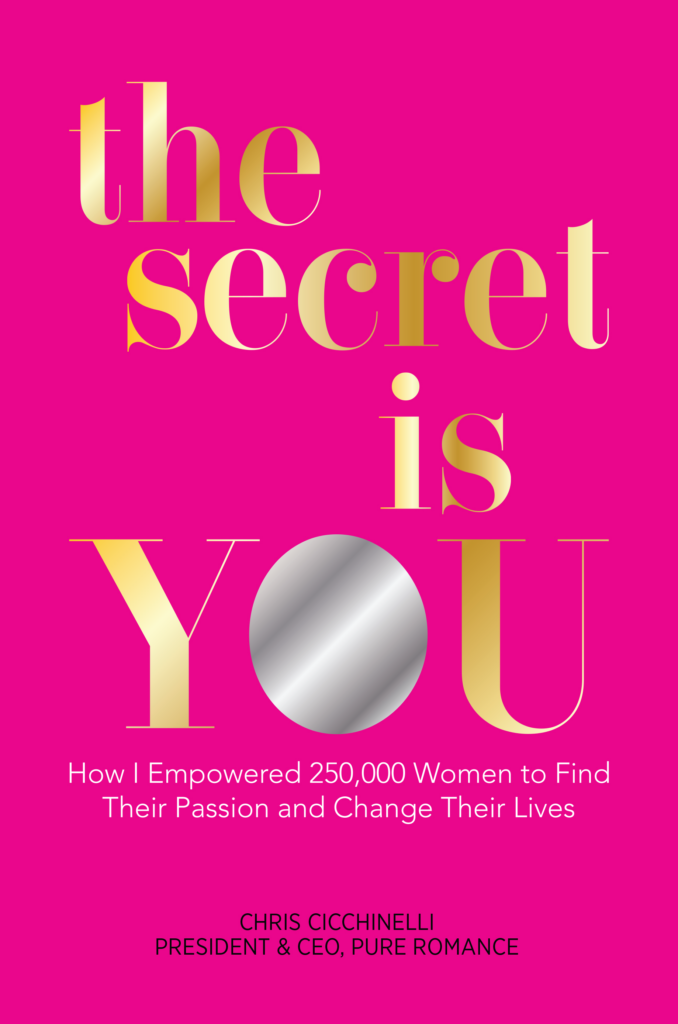 The Secret is You:
How I Empowered 250,000 Women to Find Their Passion and Change Their Lives
PRE-SALE OPEN NOW
AMAZON
BARNES & NOBLE

How a trailblazing business turned the hottest bedroom toy accessories into a $400-million global empire.

In 2000, Chris Cicchinelli was twenty-five and at a crossroads. He had just been forced to leave a promising position at a large retail franchise when his mother, Patty Brisben, called. She wanted her son’s help in growing her women-only, in-home and virtual party business featuring relationship enhancement products. Cicchinelli had been earning well over $100,000 annually at his previous job. Patty said she could pay him just $22,000. Still, he said yes, planning to stay just a few months to get the company—which would soon be rechristened as Pure Romance—on its feet. But after recognizing its potential, he never left.

Long hours on the road and a restyled business model initially led to financial struggles,and more questions than answers. But their strategy ultimately paid off in explosive growth that swelled the company’s revenues from $3 million in 2001 to more than $400 million today. Its workforce of independent consultants now approaches more than 40,000 in the U.S. and abroad, despite the recent challenges posed by the COVID-19 pandemic.

In The Secret is You, author Chris Cicchinelli charts his two-decade journey transforming Pure Romance into the world’s largest in-home/virtual party company of its kind, while also sharing his innovative approach for empowering women to become successful entrepreneurs themselves.