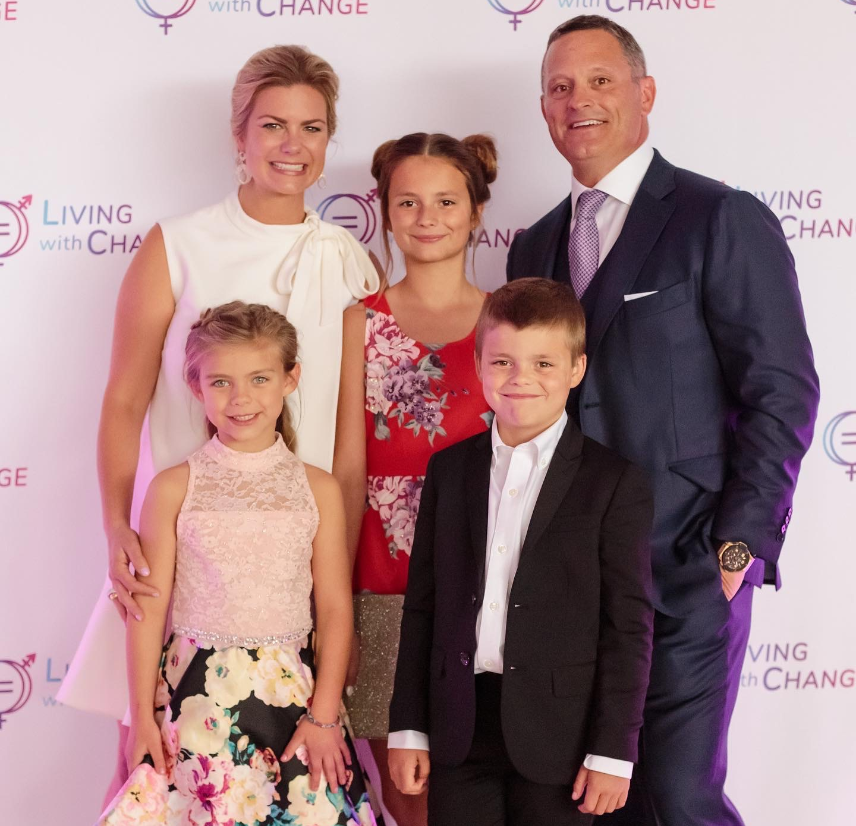 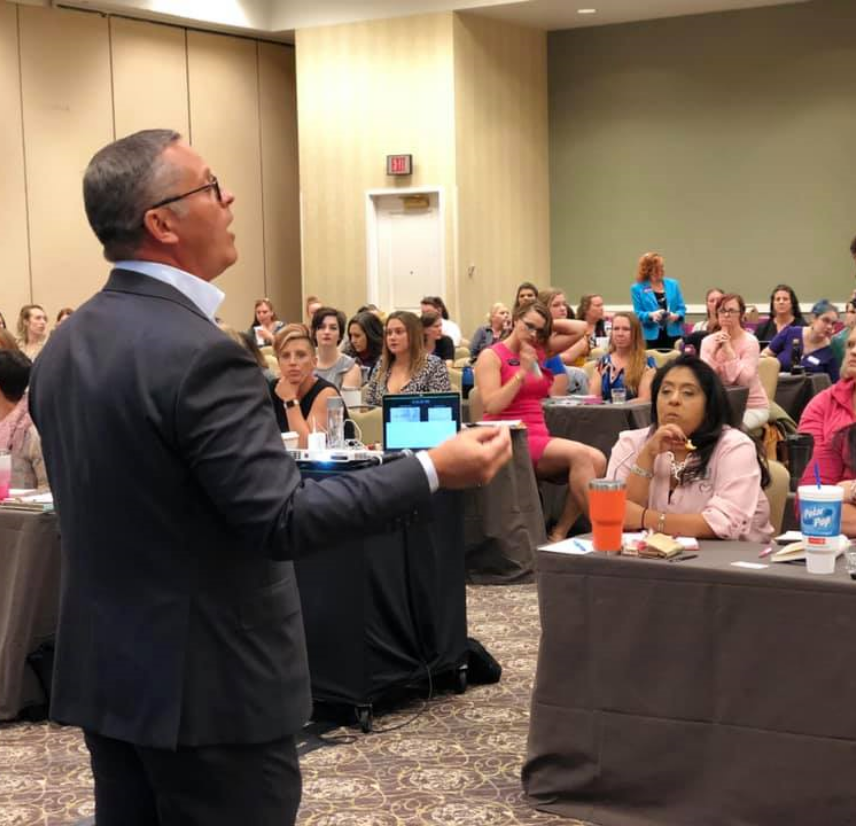 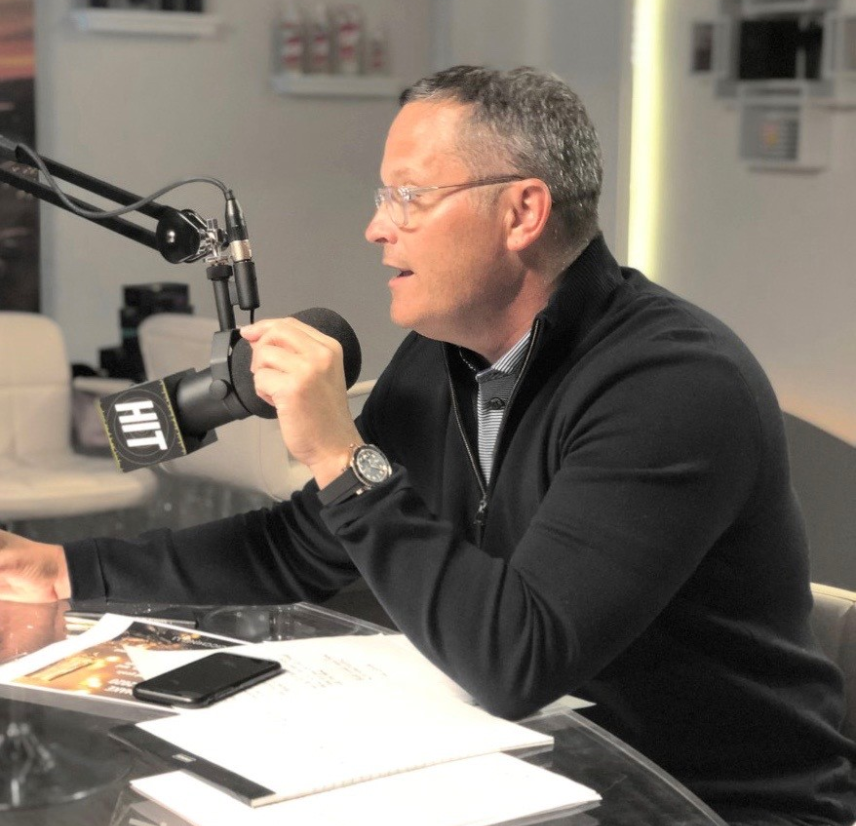 Few people possess the extraordinary skills to grow a small, family business in Cincinnati into the world’s largest in-home party company specializing in relationship enhancement products. As CEO and President of Pure Romance, Chris Cicchinelli has achieved just that – not only as the strategist and engine behind one of the most successful woman-to-woman, direct-sales brands, but as an educator and motivator of its independent consultants around the globe, a passionate advocate for aspiring female entrepreneurs everywhere.

Cicchinelli leads business development, operations, sales and marketing for Pure Romance, as well as product development and distribution, overseeing more than 200 corporate employees worldwide. Hard work and strategic risk-taking have been at the core of his success across the nearly two decades since he joined his mom’s venture in 2000. He says that anyone who wants to become a Pure Romance consultant needs to know how to tell a story. Cicchinelli’s own has been a rugged switchback journey…

Born in Naperville, Illinois, Chris Cicchinelli grew up in Milford, a suburb of Cincinnati, Ohio, the first of four children raised by a single mother. As the oldest, he often bore responsibility for taking care of his siblings, especially when his mother, Patty Brisben, then a pediatrician’s assistant, decided to launch a home-based intimacy product venture in 1983. Inspired by his mother’s perseverance as she slowly built her business while raising four children on her own, Cicchinelli was himself motivated by athletics: baseball, basketball, and especially football.

While studying business at Mount Union College, Cicchinelli found his critical thinking and leadership skills honed not in the classroom, but on the gridiron. An All-American defensive back, he played NCAA football for four years and led his Purple Raiders to two back-to-back national titles in ‘96 and ‘97. The crucible of college football taught him to be self-disciplined, to perform a specific role on a team, and to study and conquer an opponent.

Driven to teach these essential life skills as a high school football coach, Cicchinelli took a job in merchandizing after college to pay the bills, but soon became drawn into a new field. Working for the Atlanta-based Maxim Group, the largest publicly traded retail floor covering franchise in North America, he swiftly tacked into management and a senior position as a regional manager. Still in his early 20s, he embraced the learning curve that came with it, working to create trust with his team as a young manager. He ran a $29 million region for Carpetland USA, then took his skills to an early web commerce site, EverythingDecor.com.

At age 24 Cicchinelli got a call from his mother. She knew his expertise and needed him to help catalyze her company to the next level, developing longer-term brand marketing and business development strategies. Cicchinelli was earning well over $100,000 a year – his mom said she could pay him $22,000. In 2000, wanting to remain in the floor covering industry and assuming it would take only a few months away, he joined Pure Romance.

Given the intimate nature of the business, Cicchinelli developed a person-to-person model built on discreet, women-only home parties. Through well-taken risks, long hours, and serendipity – a front-page feature story in the St. Louis Dispatch on “The New Tupperwares of the 2000s” – he engineered explosive growth for Pure Romance, steadily taking the company from $3 million in 2001 to more than $200 million in revenues today. In 2010, he led its global expansion with the launch of operations in Canada, Puerto Rico, Australia, and New Zealand.

Cicchinelli spends over 200 days a year on the road giving motivational seminars and personally training and meeting Pure Romance’s independent consultants worldwide, which now number more than 26,000, including those in every U.S. state and abroad. The New York Times wrote that “the company message of empowerment resounds” among its consultants. From how to lead a safe-space home intimacy party to how to network and market themselves, Cicchinelli helps women develop all the tools needed to become successful entrepreneurs.

A natural motivational speaker who also regularly speaks to corporate leaders and nonprofits, Cicchinelli has been featured in the Wall Street Journal, Inc. 5000 and Smart Business, and has been interviewed by Bloomberg, MSNBC and many other national outlets. Serving as a board member of the Young Presidents Organization (YPO) in Cincinnati, he has amassed countless honors and awards as a business leader and role model.

In 2018, in the wake of their eight-year-old coming out as transgender, Cicchinelli founded the Living with Change Foundation to help trans youth and their families. The Foundation pledged $2 million to create a Center of Excellence for LGBTQ Health at Cincinnati Children’s Hospital, also partnering with dozens of Greater Cincinnati public schools to train principals and teachers and eventually bring education about transgender youth into classrooms.

Like his decision to leave the lucrative floor covering business to help his mom, Chris Cicchinelli deeply believes that strong family ties matter, and that none of his success would mean much without the love of his wife Jessica and their three children: LC, Max, and Macie.

CONTACT CHRIS
Chris Cicchinelli has built a unique business that is knocking the lights out. He took the risks and now is reaping the rewards, as his business is growing exponentially. In the process of building his business, he has also assembled a great team. Their momentum through the pandemic has been amazing. America needs more Chris Cicchinellis.
John F. BarrettChairman, President and CEO Western & Southern Financial Group
Pure Romance is a story about the power of a dream and the will to break down the barriers standing in the way of that dream. Chris tells the inspirational story of how a business that started in a basement turned into a global phenomenon. But maybe more importantly, he clearly reveals that the same principles that were born in that basement, the bedrock of his company's success, still positively impact his company, employees, and customers today. Those principles can help anyone bring their dreams to life.
Rob LynchCEO Papa John’s
Chris shows you how to embrace getting outside of your comfort zone and how coaching, passion, dedication, and hard work are the foundation for accelerated sustained growth.
Bob SumerelFounder, Bob Sumerel Tire & Service
No business leader today packs more wisdom, energy, and inspiration than Chris Chiccinelli. At last, his unapologetic passion for helping people find their own personal greatness.
Sarah KleinHigh Performance Business Coach and CEO, Sarah Klein Consulting
Previous
Next